What does the SER do?

The Social and Economic Council (SER) advises the Dutch government and Parliament on social and economic policy. The SER also brings together various different parties to reach agreements on societal issues. In addition, the SER has administrative and legal tasks, such as promoting employee participation.

The best-known task of the Social and Economic Council (SER) is that of advising the Dutch Government and Parliament on the main aspects of social and economic policy. The SER gives both solicited and unsolicited advice. The recommendations made by the SER are public. They concern a wide variety of social and economic subjects, such as the labour market, pensions and education.

The SER also advises on important issues such as healthcare, the environment and energy. But in doing this, the SER focuses on the social and economic aspects of these issues.

The SER sets the agenda

The SER ensures that there is dialogue on social and economic issues. This frequently takes place in preparation for recommendations, in order to obtain support, or following recommendations published by the SER. One example is the action agenda for lifelong development [Leven Lang Ontwikkelen].

The SER brings together various different organisations in society. These are not only the parties represented in the SER, but also many other organisations. One example of this is the Dutch Energy Agreement for Sustainable Growth [Energieakkoord]. More than 40 companies, civil-society organisations and the government have reached agreements to reduce CO2 emissions. In addition, the SER facilitates agreements relating to International Responsible Business Conduct. In this context, companies, civil-society organisations, trade unions and the government conclude agreements to tackle abuses in international production chains. Agreements have been made in the textile, banking and gold sectors, among others.

The Social and Economic Council (SER) performs administrative tasks in a number of areas.

Employee participation
The SER has the statutory task of promoting employee participation in companies and organisations. It does this, for example, by making recommendations to the Dutch government and providing Works Council members and other target groups with useful tools and guidance.

Pre-employment medical examinations
The SER provides information about the Medical Examinations Act [Wet op de medische keuringen] and deals with complaints regarding violations of the Act.

The SER also supports all forms of self-regulation as a complement or alternative to statutory rules. These are regulations and agreements drawn up, implemented and enforced by the relevant organisations themselves.

Merger Code
Within the SER, employers, employees and Crown-appointed members have agreed a code of conduct for enterprises that are involved in mergers. The SER monitors compliance and handles complaints relating to violations of this merger code.

Health and safety at work
The SER facilitates a number of matters related to working conditions. For example, the SER manages the Occupational Exposure Limits for Hazardous Substances in the Workplace database.

Pensions
The independent Pensions Ombudsman deals with complaints and disputes about the implementation of pension regulations.

How does the SER work?

The SER discusses recommendations and other activities in committees and in the monthly council meeting. A ministry representative usually attends these meetings. The SER secretariat carries out the activities. For further information about the SER’s working methods and how a recommendation is prepared, you can read the SER brochure for the general public. 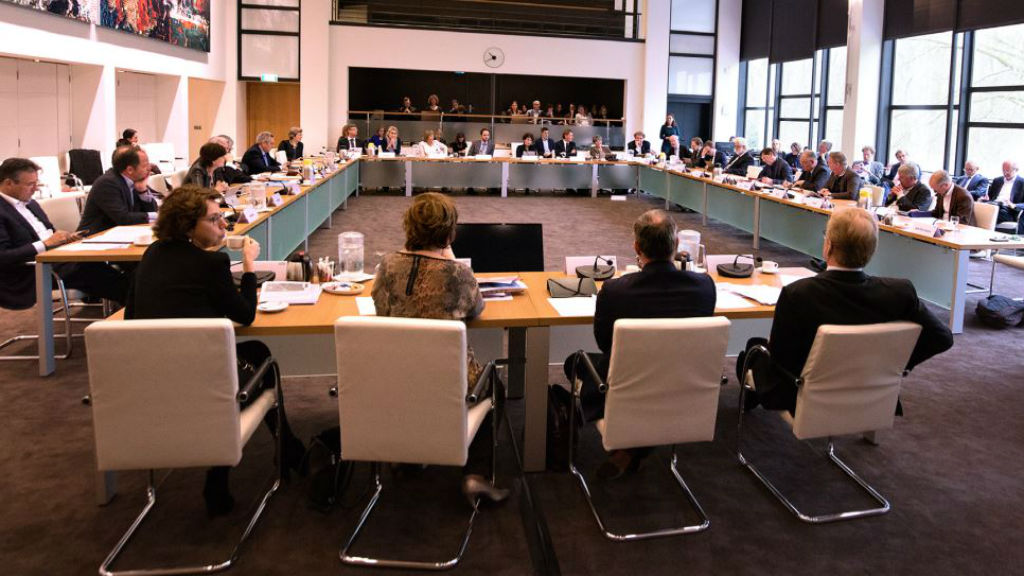