On 27th October 2021 Jacqueline Prins, Secretary-General of the Social and Economic Council, spoke in a parliamentary hearing on "Gender Balance on Company Boards" in the Legal Affairs committee of the European Parliament. 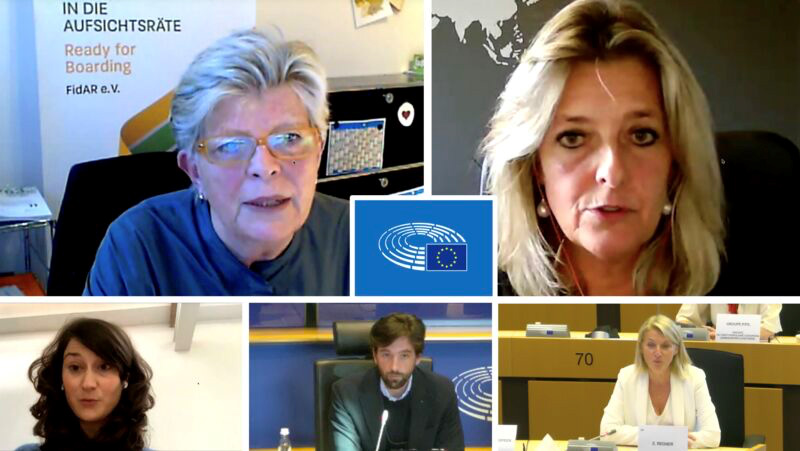 I am honoured to speak in this exceptional company and on the occasion of Gender Equality Week. Thank you, Ms. Schulz for your story about the German case and to you Ms/Mr. Vazquez Lazara for chairing this event. Today, I would like to exchange ideas with you concerning the work of the Social-Economic Council of the Netherlands geared towards diversity in the labour market. In early October, we had our national diversity day and we were able to celebrate the passing of a new law this September by the Dutch Senate: the law relating to gender equality in the balanced distribution of seats in company boards. I will explain this new legislation, as well as the new role the Council will play in the monitoring of the progress made in companies. I am looking forward to our discussion and exchanging best practices and approaches for gender diversity in business.

I am sure that you are familiar with the term ‘Dutch polder’? The polder model is the name given to the Dutch consensus model in which employers, trade unions and the government get together to negotiate, for instance, employment conditions and wages. The Social and Economic Council (SER) is one of the most important institutions in this polder model. The Council advises the government and parliament on socio-economic policy, and it does so by bringing together employers, employees' organisations and independent experts. The Council also facilitates agreements between these parties. In addition, the Council performs administrative tasks to promote, for instance, employee participation in Dutch companies.

This advisory work is the core of the Council’s role in Dutch politics. On average, the Council issues advisory reports about fifteen times a year, spanning a broad array of topics. Both the government and parliament (both the House of Representatives and the Senate) can request the Council for advice, but the Council may also issue advisory reports at its own initiative. The Council focuses on socio-economic topics such as the labour market, pensions, education, healthcare, the environment, energy or industrial policy, and, of course, diversity.


SER advisory report ‘Diversity in the boardroom: Time to accelerate’

In 2019, the Council issued an important advisory report called ‘Diversity in the boardroom: Time to accelerate’. In that report, the Council argues for a comprehensive approach with stronger measures to ensure a better representation of women and people with varying cultural and ethnic backgrounds in the boardroom of Dutch companies. The number of women and persons of colour in Dutch company boards is increasing, but too slowly.

At present, that advisory report is in the spotlight. This September, the members of the Dutch Senate voted in favour of a progressive law on gender equality in the boardroom. Coming January, the law for a gradual entry quota and target figures for greater diversity in boardrooms of Dutch companies will come into force. This is an important and crucial legal step, and one that is a direct consequence of the advisory report issued by the council.


What are the contents of this new law?

The law builds on previous regulations that applied to Dutch companies from 2013-2019, which ended up leading to insufficient progress. In short, the law consists of three parts: a gradual entry quota, a target figure requirement and a transparancy obligation.

Firstly, a gradual entry quota will apply to Dutch listed companies. Once the law goes into effect this January, any new appointment to their supervisory boards must contribute to at least one-third of the members being female and at least one-third being male. The consequence of non-compliance is that the seat will be declared vacant and a new suitable candidate must be found.

The second part of the law stipulates that all large companies, of which there are approximately 5,000 in the Netherlands, are obliged to draw up appropriate and ambitious target figures regarding gender diversity in their companies. This applies to the top and subtop of companies, so multiple levels of senior management, to ensure a stable pipeline of female talent.

Finally, the transparancy obligation holds that these 5.000 large companies will need to report annually on their target figures, action plans and progress. This reporting occurs via an online infrastructure that the Council is building. As a result of this law, the approximately 100 listed and 5,000 large companies will have to boost their efforts in diversity-oriented policy. The Council will be supporting companies in this process.

The ambition of the law is to encourage companies to take initiative with their own projects for diversity. ‘Ownership’ for companies was an important principle in advising this legislation. This fits the typically Dutch attitude in favour of self-regulation.

The Council has advised the above law based on a study of comparable measures taken in other European countries, including Germany. We have learned a great deal from their case, especially the extension of the quota from the supervisory to the executive boards. The voluntary target figure measure did not work as well as it could have; according to evaluations this is because companies did not feel supported in implementing change. We want to take a different approach by strengthening the feeling of support and ownership that companies have over their diversity policy.


What is the Council doing to support companies?

In co-creation with businesses, the Council is building an online web portal. Companies will use the portal to comply with their transparency obligation and report on the target figures, action plans and progress relating to diversity. The reported data will be published by the Council in a data explorer, which gives other companies and the public insight into the efforts companies are making. The web portal will be launched in the course of next year.

The Council also offers companies information and guidance to enable practical action towards diversity in the boardroom, such as the Diversity Charter. By signing this charter, a company demonstrates that it is focusing on greater diversity and inclusion in the workplace. More than 300 Dutch and 12,000 European signatories are already using this charter!

Another tool that companies can use to achieve greater diversity is a database that the Council has set up containing the profiles of approximately 2,700 so-called ‘board-ready’ women. The database shows that there is a great deal of potential that companies can use. It shows that women are ready and there is no more excuse for a lack of candidates.

These combined resources and tools – the web portal, data explorer, Charter and database – bring together employers, employees and government to join efforts to increase diversity in company boards.


What do I hope it triggers?

I hope that in ten years’ time, it will no longer be relevant what your background is, what your gender is or whether you have a disability or not. Anybody must be able to do work that suits their efforts and talents. The lifetime of the law is 8 years, so I would like to see progress made by then.

The special thing about the quota and target figure law is that it has been widely supported from the outset. The advisory report that first suggested the quota in 2019 was, as is customary in the Council’s advisory work, shared and supported by many different parties and organisations. The support for this law comes from trade unions, government, employers and stakeholders in business.

The Council believes its task is to encourage cooperation between organisations who are active when it comes to diversity and inclusion in the labour market. Employers and employees’ organisations are actively working as co-creators, and the organisations Diversity at Work (Diversiteit in Bedrijf) and Top Women (Topvrouwen) have become part of the Council in the past year.

The Council believes its duty is to place the importance of diversity and inclusion on the agenda and to promote the required societal support. Earlier this month, on the Dutch diversity day, we championed the power of diversity in the workplace. More than 300 companies participated in our webinar and many of them organised their own activities to draw attention to this subject within their own business.

I have tried to sketch the circumstances and efforts that have lead to the passing of the quota and target figure law. An important element in its success is the co-creation and the bridging role of the Council in bringing together parties involved in making diversity in the boardroom a reality.

Jacqueline Prins, Secretary-General of the Social and Economic Council 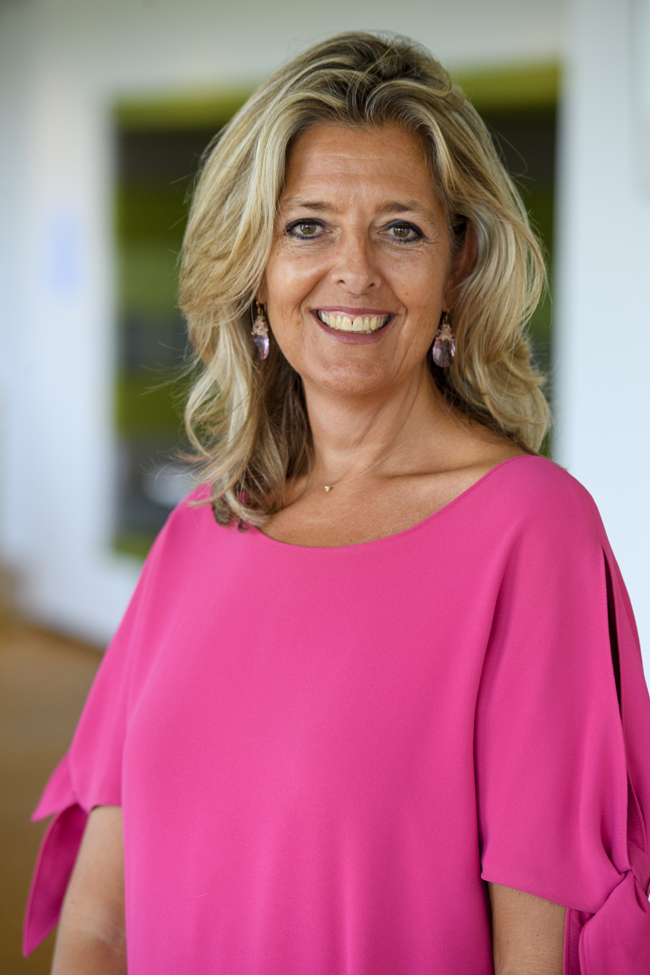