Your Excellencies, thank you very much for inviting me to this meeting. It gives me a fine opportunity to meet the Ambassadors from the other EUMember States. As a network of Ambassadors, you symbolize the unity in diversity that is at the heart of the European Union.

For the Netherlands, European integration is of crucial importance. This is reflected in the work of the Social and Economic Council, the institution that I represent as a president. In short, it is called the SER.

In the next fifteen minutes I will give you a short introduction into the SER and its functioning. In doing so, I will focus on some issues of common interest – on some aspects of our common future in Europe.

The SER is a tripartite body. It was founded sixty-eight years ago, in 1950. The SER is advising both government and parliament on the outlines of social and economic policy. It is the platform for trade unions, employers organisations and independent experts to discuss important social and economic issues – and as such, it forms an important element in our system of social dialogue.

The SER can foster stability – in politics and in society – by creating a common ground. It is that common ground and the willingness to co-operate that we need so dearly in these turbulent times. The profound changes in the economy and in society that we face, create new possibilities for many of us, but also make people feel insecure. In order to be able to face the challenges of the future, our solutions need to be smart, sustainable and inclusive.

As an advisory body we cover a broad range of subjects: such as the labour market, the social security and pension systems, economic policy, taxation, energy policy and the circular economy, international trade relations. Our work includes important issues of European integration and co-operation.

SER as a platform: Energy and Climate

The SER is an advisory body. As such it acts as a platform for sharing insights and setting the agenda. We organise dialogues, and involve social partners and wider groups in relevant policy issues.

A prime example of this platform function of the SER, seeking solutions for imminent global challenges, you will find in the field of sustainable energy. Here the SER has acted as a platform, bringing together 47 different organisations, including the central government, local governments, social partners, branch organisations, financial institutions and various NGOs.

Five years ago these organisations reached an agreement, and officially signed it. This agreement was needed to create the broad support for a long term perspective that will stimulate investments in energy saving and renewable energy. Until then, our energy policies were not coherent and not consistent, changing with every new coalition government. That explains our backlog in the production of renewable energy. The Energy Agreement has broken the deadlock. For instance, it has stimulated the development of wind energy at sea.

Now the SER is closely involved in the follow up, the Climate Agreement that is needed to implement our commitment to the Paris Treaty on Climate Change and to reach the targets the EU has set for 2030 and 2050. The aim of the Dutch government is to reduce greenhouse gas emissions in our country by at least forty-nine per cent in 2030, compared with 1990, and to make the energy system more sustainable.

During last spring and early summer, more than one hundred participants at five sectoral tables have sketched the design for such a Climate Agreement. This design has been presented in July. The picture proves it. You have to believe me at my word that much more parties were involved.
In the coming months, the design has to be developed into a full Agreement.

Transitions in the labour market and education

One of the main factors that will decide upon the pace of the transition to a sustainable energy system is how we organise the transitions we need for that in the labour market and in the education system. The energy transition requires investments in energy saving and in renewable energy. These investments amount to several billions of euros each year. For these investments to be effective, we need qualified workers. So it is essential to anticipate the changing needs of the labour market.

At the same time, this transition causes job losses. It is crucial to double our efforts to safeguard an inclusive labour market.

Our starting position looks good: the unemployment rate is low, at four per cent.

And our employment rate is one of the highest in the EU: seventy-eight per cent of the people aged between twenty and sixty-four is working. In the EU, only Sweden is performing much better in this respect, with nearly eighty-two percent of the people in this age group having a job. In comparison: for Austria, it is 75 per cent. As a courtesy to our host, from now on I just compare The Netherlands with Austria.

A substantial part of the Dutch employment is part-time employment. In the European Union as well as in the OECD we are at top of the list, with almost 40 percent of the people working part-time. In Austria, it is 26 percent. Many individuals work part-time, and most of them do so willingly. That is how the Dutch try to manage our work-life balance.

Another distinctive aspect is the high percentage of temporary contracts. In our country, the diversity of labour relations and contracts is increasing. At the one hand, this is a logical response to the increasing dynamics in the economy. And a response to preferences of part of the labour force. Many young people are not looking forward to the prospect of a life long career with a single employer.

But on the other hand: one in five employees is working on a temporary contract, and that is not always according to the preferences of the individual employee. And this can hamper the investment in new skills needed in future. In Austria 9 percent of the employees work on a temporary project.

This rise in temporary contracts is combined with a sharp increase in self-employment in our country. This is not the case in all other OECD-countries: in Austria the share of self-employed decreased a bit.

These recent developments underline the importance of an inclusive labour market. In our country we aim to increase our employment rate from seventy-eight to eighty percent. For this, we have to face some new challenges. The number of people that are vulnerable to the risk of future job losses due to technological change – like the progress of robotics – is increasing.

People have to be well prepared, not only in their initial education and but also by training during their careers, to face the challenges of the digital revolution. This revolution can lead to a polarisation in the labour market. Retraining can be part of the solution. For that purpose, we need to strengthen the capacity in vocational education and training. However, we know that the capacity for formal learning is limited for some groups. And we should be able to offer everybody a real perspective for a job.

Life long learning is what we need, but this is easier said than done. This is a challenge to all our countries. We all seem to struggle in making ‘life long learning’ a reality for all. We need to develop new mechanisms for life long learning, especially for the lower skilled. Our ambition is to develop a strong learning culture that responds to labour market needs, making lifelong learning self-evident to everyone.
I think there is a great potential in this field to learn, within the European Union, from each others experiences.

Some years ago we advocated that branches and companies should take the initiative to set up agreements on responsible business conduct in global supply chains. Such agreements enable companies to take up the challenges of implementing the OECD Guidelines for multinational enterprises and the UN Guiding Principles for Business & Human Rights. The effective reduction of child labour, for instance, is a complex problem for an individual firm. This can better be solved by groups of companies co-operating in branch organisations, together with national governments, trade unions and other NGOs.

Facilitated by the SER, five agreements have been reached, for the garment and textile industry, for banking, for the gold sector, for insurance and for the food products sector. We expect other sectors to follow soon.

At the moment this is a Dutch initiative. But we do not intend to be exclusive. Responsible business conduct in global supply chains is part of the core business of companies worldwide. I hope this initiative will help and inspire others, also in other EU member countries. In your capacity as Ambassador, you might be able to help to speed up the process a little bit. In textiles and garment, we are already co-operating with the German Textilbündnis. And in the pilots for natural stone, Dutch and Belgian parties – companies, trade unions, NGOs and authorities – are working together.
I hope these cross-border initiatives can provide stepping stones to a broader, European approach.

European integration and co-operation is essential for economic and social progress in our country – and I dare to say, in all member countries. Sometimes by common rule making – such as for labour mobility. But the European Union also provides an excellent platform for organising common learning processes – like on the labour market and regarding life long learning. These are challenges we all face. At the SER, we are looking forward to learn from approaches in other member states.

Thank you very much for your attention! 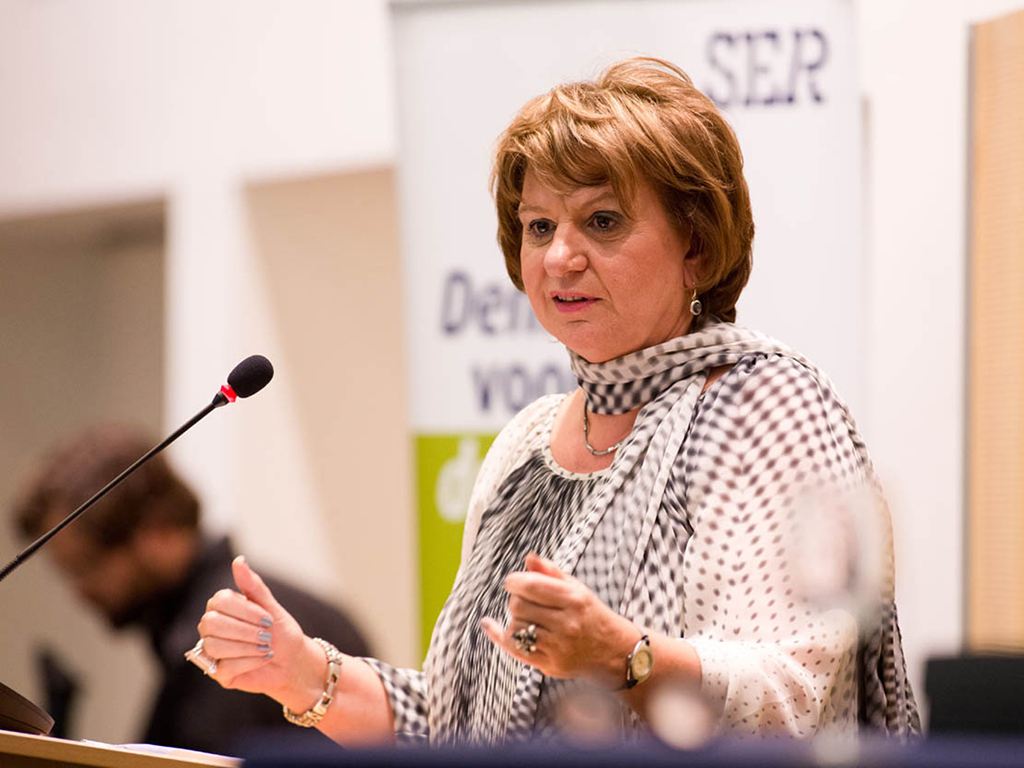 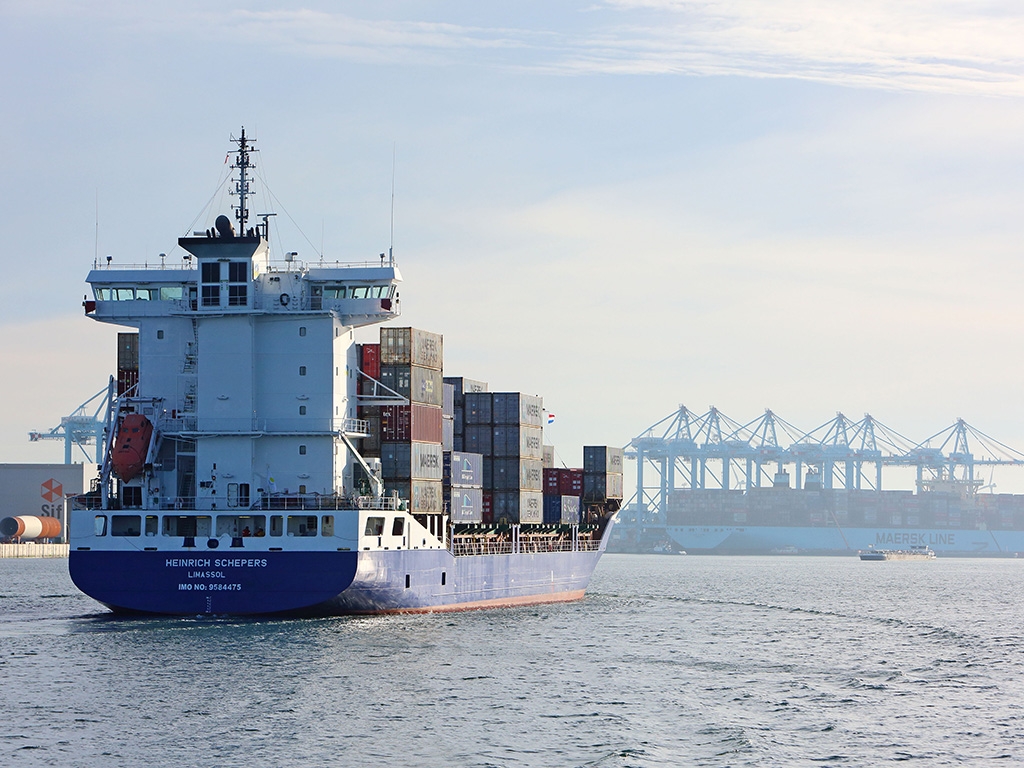